The 14 Best Restaurants in Florida! 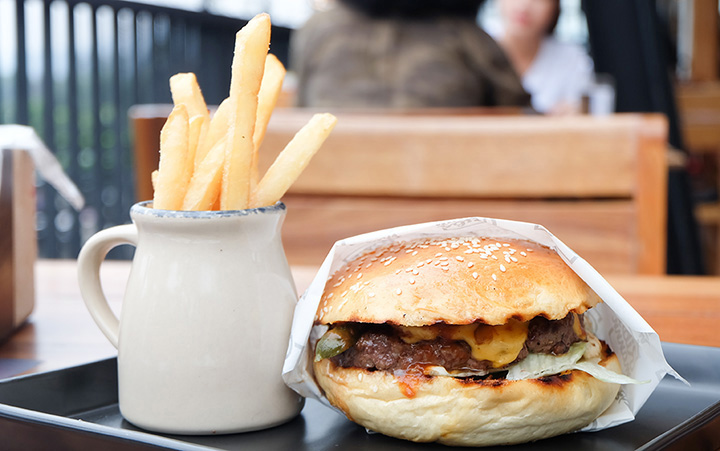 Florida has perhaps more food choices than any other state in the nation: 44,811 restaurants of all types, according to CHD Expert, a food analytic company.

However, different areas have their own flavor identities. Central Florida with its proliferation of theme parks is perhaps most geared towards family dining. South Florida tends to be more upscale oriented with a lot of Latin and Caribbean character. The Tampa Bay area, because of its water location, is seafood-oriented. And landlocked North Florida has distinct slow-cooking southern influences.

Looking at essential restaurants, "trendy" is often a short-lived description. Longevity is a better standard ingredient. So is service, which is generally outstanding in our selections. So with that in mind, and without sticking strictly to our area stereotypes, let's take a look at the state's 14 essential restaurants.

You can order fresh lobster and other seafood dishes such as ginger-crusted salmon, but most diners choose signature steaks from this restaurant that has achieved a national reputation over the past half century. Prime steaks are cut to order. Vegetables are grown locally at Bern's Farm and the menu includes 21 choices of caviar. There's also one of the largest wine collections in the world and the desserts are world-famous.

The Pearl has been the go-to place for fine-dining in tiny Dunedin for years. The formula for success is simple: fresh ingredients, great chefs and attention to detail. Ingredients are almost invariably sourced locally. Popular dishes include white truffle lobster risotto and Chilean sea bass lyonnaise. But vegetarians are not left out, either. There's a weekly special for them, too. Something for everyone that is a little different: black licorice ice cream.

Way back when they started serving just after World War II, you could only get mullet and Spanish mackerel. But today, the variety of smoked fish offered here at the same reasonable prices of yesteryear is almost endless. How do you fix smoked fish? Simple. Place the raw fish on racks over a smoldering fire of red oak. Florida's native red oak is similar to northern hickory. Cook and smoke the fish slowly, for up to six hours, depending on thickness.

There are a lot of waterfront restaurants in the area but few have earned the many and varied accolades of this one. Fine Florida fare served by warmly welcoming waiters. Also known for line-caught seafood and a romantic atmosphere. Something different on the menu is the foie gras bread pudding.

The restaurant terms itself the "oldest restaurant in Jax," serving comfort food since 1939. Families come from far away for the fried chicken fare with all-you-can-eat cream peas, coleslaw and old-fashioned mini-biscuits. Southern-style fried chicken in four to 24-piece boxes. Take out, too.

This local favorite proves that all-American food can be simple. And satisfying. And inexpensive (sometimes under $10). The humble hamburger is a juicy favorite dish. The décor is nostalgic Americana. But a full menu, including breakfast, is served all day. Other familiar favorites include corned beef hash. The coffee is good, too.

Offering specials from an old-fashioned blackboard, this restaurant calls itself "the kind of place you're proud to take out-of-towners. Once you walk in, you feel like a local." It is sometimes cited as the best in the city. Generous helpings of classic American food ranging from omelets to fried fish.

Jax's northern neighbor of Panama City is noted for its seafood restaurants but there is none more famous than this long-standing, multiple award-winning place. Major travel reviews cite not only its seafood but also beef and steaks. Its location at the base of the Grand Lagoon Bridge lets diners watch the fleet unload their catches (some of them served right here).

If it's Cuban food you want or even conversation about the island, this has long been the place to go in South Florida. Along with yellow rice, black beans and "Ropa Vieja" (shredded beef in tomato sauce), this is a hangout in the heart of Florida's Cuban community. It's also a favorite for politicians of all nationalities. It has been serving Cuban cuisine and culture since 1971 and perhaps rightly terms itself "The World's Most Famous Cuban Restaurant."

There are a lot of places offering it in South Florida but good waterfront dining is much rarer than you might think. That's why the Boatyard will make believers of those who also appreciate the experience. It's taken over a formidable previous owner: the popular Bimini Boatyard. Classic South Florida favorites served here include stone crabs and tuna tacos. Happy hours for cocktails and beer. And you can get here by boat (free dockage). Or even water taxi.

Named after the famous resort's founder, Henry Morrison Flagler, HMF is a hot current gathering place for locals with an old pedigree. Most tables are filled all through the evening with many guests sipping wine from some of the hotel's 28,000-bottle collection. Pink grapefruit fizzes are also popular. On the menu is an eclectic variety of choices with organic herbs and vegetables from the famed hotel's own garden.

The Boston-born chophouse arrived here just eight years ago but its wood-accented dining room, tender beef and top-notch serving staff quickly established it among South Florida's elite. In addition to prime beef, the restaurant offers excellent seafood. All dishes are served with the type of heaping portions that characterize modern-day steak houses.

Orlando's family dining scene requires two essential elements. First, a menu for kids, and second, some fun. Café Tu Tu Tango scores high on both counts. It offers small plates perfect for family style sharing. And it has a definite atmosphere best described as "funky" and "creative." Local artists continue to work providing entertainment while you eat tapas or small plates. Diners might also find a belly dancer or even a fortune teller on hand. It's located in the tourist corridor only 10 miles from the Walt Disney World Resort.

Years ago, you would not expect good and reasonably priced food at theme parks. But kids love this place at Walt Disney World. And adults like it, too. The kid-friendly restaurant is set amidst prehistoric creatures that look surprisingly lifelike. The entertainment includes a meteor shower every 15 minutes (that supposedly killed off the dinosaurs). If you don't mind the noise and steer the kids away from the expensive specialty drinks, adults can also enjoy the surroundings with food that is at least rated average or higher.