The 8 Coolest (and Most Unique) Hotels in Florida! 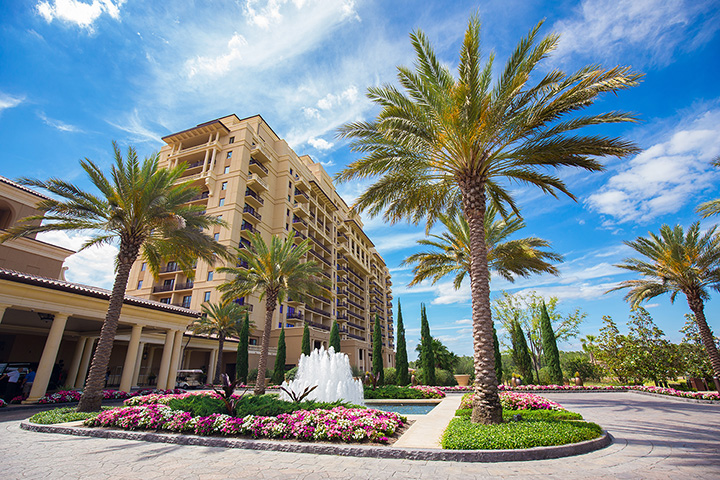 Whether they’re housed in outdated lighthouses, treehouses, log cabins, or even underwater, you can find highly unique hotels all over the state of Florida. With so many visitors, the Sunshine State has no shortage of unusual, one-of-a-kind hotels that guests from all over the country flock to year-round.

This is often described as the world’s only underwater hotel. This place lends itself to the phrase “sleep with the fishes.” A positive, in this case, because you need to go underwater to a depth of 21 feet or so to get into the place. Upon arrival, guests find all the comforts of a luxury hotel: a well-stocked kitchen, books, music and videos. Even limited room service. It started out as a research facility and now takes guests in its two suites. The cost is upwards of $500 a night. And you have to swim to get there.

They have a shop that sells clothes here, but you aren’t required to wear them. The 84 rooms have all the usual hotel amenities. “It’s all about relaxation and renewal,” the resort says in its advertising. It certainly looks like a normal hotel. All rooms include complimentary Wi-Fi access, cable TV, hair dryers and coffee makers. A distinct touch is that the room keys come with a waterproof wristband. So guests can wear it in the shower or take it to the pool. This comes in handy, because nudists don’t have pockets.

Disney also has treehouses that are, to say the least, more luxurious than any yurt anywhere. Disney’s Animal Kingdom Lodge offers endless comfort. And the best part is that you can look outside to discover some of the zebras, giraffes and flamingos that share your living quarters. More than 30 different species just outside your hotel window. Human creature comforts also include a 11,000-square-foot pool. And African art along on the walls as you dine in the excellent restaurants Boma and Jiko.

It’s usually described as “cozy, rustic” and “secluded.” But also “romantic.” It’s the only house around. The Ocala National Forest was created all around this privately owned cottage that was made of all-local wood. Couples can sit on the dock to see sunsets. There’s a real wood burning fireplace, and the cottages facing Big Grasshopper Lake offer some comfortable touches such as Sealy Posturepedic king-sized beds.

The largest dude ranch east of the Mississippi, is how the developer describes it. After a multi-million-dollar renovation, the resort held its grand reopening in 2013. The place holds its usual western dude activities except it’s not the wild west, but Florida. Horseback riding, nature trails, trap and skeet shooting, hayrides and of course, cookouts around the campfire. But also a Saturday night rodeo with plenty of places to sit.

Some vacationers like to drive the crowded highways pulling a 6,000-pound RV. Others like staying in it when it’s parked. That explains the popularity of this place, where you can rent the famous aluminum Airstreams without having to drive anywhere. They generally sleep four people and have some advantages over your everyday hotel, such as skylights letting in the Florida sunshine.

You expect sunshine in Florida but gambling day and night? At any time you want? It might surprise you to find Las Vegas and Atlantic City elements right here in the Sunshine State, but those are the most prominent amenities and activities at two Hard Rock locations in South Florida and Tampa. Both hotels claim four-star status (and base rates accordingly). For winners and losers, the décor offers music memorabilia. But basic entertainment is all forms of gambling.

Ghost reports are not uncommon in Florida and many places you can rest your head in St. Augustine report sightings. One explanation is the ancient age of the city but the variety of ghost reports don’t share a similar explanation at this small barrier island on the Gulf of Florida coastline. It does have something of a colorful and wild history. Blockade runners during the Civil War made it a headquarters for the Confederacy. It was almost destroyed several times by hurricanes. Both the hotel’s staff and guests testify to at least 13 spirits living here. When not looking for ghosts, guests will note that the hotel looks much as it did when built in 1859. And could that be the reason for the ghosts?